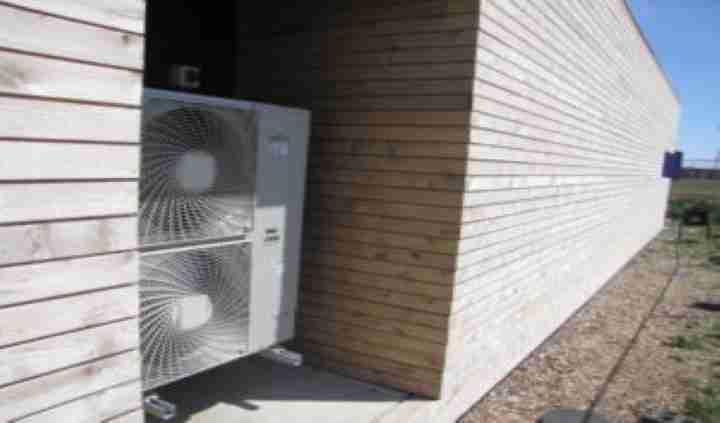 You are probably already aware of how important it is to save money on heating during the cold winter months. Your winter heating bill represents a significant percentage of your business’s overheads, so reducing it is always advisable. But did you know that you should also try to save money on your heating bill during the spring and summer? You may think that you don’t need to worry because you don’t spend very much money on heating during the warmer half of the year. However, this isn’t necessarily the case. Luckily, investing in an air source heat pump for heating and cooling can help you save on both your winter and summer heating bills. In today’s blog, we’ll look at the heating costs you might incur during the summer and spring months and discuss how air source heat pumps can help to alleviate them.

Large office buildings and similar premises don’t always retain much warmth overnight, even during the hottest part of the year. This is simply because thermal energy tends to dissipate in large spaces. Employees who happen to be working late may turn on your heating system if your premises gets cold at night, even during the summer. Luckily, an air source heat pump can harness residual thermal energy from outside your premises to heat it during the night. This is much cheaper than using a conventional heating system to warm up a building at night. Installing an air source heat pump won’t stop your employees turning up the thermostat during a chilly summer or spring night, but it will help you keep the resultant heating bill under control.

Sudden rain-storms often occur during the spring months. They can even happen during summer. Furthermore, they are much more common than they used to be as a result of climate change. If some of your employees are caught out in one of these storms, they may need to turn up the heating in your premises so they can dry out while they work. This might incur a significant cost if you rely on a conventional heating system. Air source heat pumps can produce enough heat to help your employees dry out without using too much power or costing you a lot of money.

While sudden and unexpected periods of cold weather tend not to occur during the middle of summer, they are surprisingly common throughout spring and can even be a problem in early summer. During a cold snap, turning on your heating system becomes imperative, even if it happens during the warmest part of the year. Making sure that your heating system is driven by an air source heat pump instead of conventional heaters can make cold snaps less costly, however.

Obviously, you won’t spend as much money on heating during the spring and summer as you do during winter. However, you will have to use your heating system on occasion. Here at I-HT, we believe that it’s worth making saving whenever possible. That’s why we think you should use an air source heat pump to cut down on your heating bill during the warmer months as well as the colder ones. We sell a broad range of air source heat pumps – which can also be used to keep you cool with air conditioning – so check out our range today.